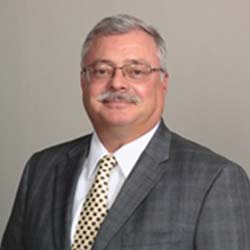 Larry Hirschfield is an Operations executive with over 40 years of global business experience, where he has successfully led the start up of new facilities (including in China and Korea), been a champion of continuous improvement initiatives, and driven operational improvements that freed up assets, reduced fixed costs, and increased net income. He has been instrumental in Lean transformations and new plant layouts/expansion planning.

Prior to working with The ProAction Group, Larry held senior management positions in several automotive companies, most recently with GT Technologies, where he was Sr. VP of Operations and had responsibility for 6 global manufacturing facilities. His action-oriented approach quickly improved the profitability of the largest plant by over 20% and reduced quality issues by 25%.

Prior to GTT, Larry was the Executive Director of Global Operational Quality for Joyson Safety Systems after being promoted from Executive Director of Quality for the Americas. He was also with Dana Corporation, first as the VP of Powertrain Innovations where he was responsible for the development and commercialization of disruptive CVT transmission technology and then was promoted to VP of Global Manufacturing Engineering, where he developed and implemented best practices across their 93 manufacturing facilities.

Larry began his career with 29 years at BorgWarner, where he started as a manufacturing engineer and held positions of increasing responsibility across a number of disciplines, including Engineering, Quality, and Production. He ultimately was VP of Global Operations and he directed over $30M of capital projects, implemented significant fixed cost structure reductions, reduced variable costs through lean manufacturing initiatives, and reduced inventory/increased turns.

Larry lives in Brighton, MI and earned an MBA from the University of Michigan and a Bachelor of Science in Manufacturing Engineering Technology from Ferris State University.

"Above and beyond the competency of The ProAction Group, what set this company apart from other consulting groups for me is that the ProAction team feels like they are your own employees. They dig dee ...

"Having spent 25 years working in our industry, we had become locked into a certain mindset on how the company should be managed. ProAction did an outstanding job of understanding our process and appr ...

"Our business was growing and we didn’t have the capacity to meet this new found demand. We were experiencing backlogs even when running our lines 24/7. We were doing everything we knew how to do to ...