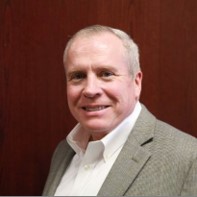 John Gross is a Senior Operations Leader accomplished at leading enterprise wide Lean transformations at both the strategic and tactical level. His background includes both consulting and industry roles and his experience spans a variety of industries including automotive, food, utilities, and pharmaceutical. He has implemented Lean in both manufacturing and administrative applications, helping organizations improve efficiency and reduce costs while positioning them for continual improvements.

Prior to working with The ProAction Group, John spent the last 5 years in Consulting, where he implemented improvements at clients, developed an Executive Lean Leader training program, and led the internal coaching of the firm’s lean consulting practitioners. Previously, John spent 20 years in industry –first at Borden Pasta where he led the maintenance startup of their newest and largest Pasta Plant, then moving to GDX Automotive where he was promoted up to Lean Manufacturing Manager, then at Watlow Electric where he was a Director of Operations and Enterprise Lean Manager, and finally at Virbac Animal Health ($1B annual sales) where he was the Lean Systems Director with international responsibilities. Additionally, John served as a Captain in the United States Air Force, where he was awarded the Meritorious Service Medal.

John has a MS Administration from Central Michigan University and BS Electrical Engineering from Washington University (St. Louis). He is a Registered Professional Engineer and is a Six Sigma Master Blackbelt and a Six Sigma Blackbelt. He has also authored books on Kanban, Preventive Maintenance, and numerous articles on a variety of Lean topics.

"Above and beyond the competency of The ProAction Group, what set this company apart from other consulting groups for me is that the ProAction team feels like they are your own employees. They dig dee ...

"Having spent 25 years working in our industry, we had become locked into a certain mindset on how the company should be managed. ProAction did an outstanding job of understanding our process and appr ...

"Our business was growing and we didn’t have the capacity to meet this new found demand. We were experiencing backlogs even when running our lines 24/7. We were doing everything we knew how to do to ...